Greetings, Temescal Canyon Association members. This is our Fall Membership Drive and Newsletter. We have made it easy for you to join, renew or donate in support of TCA’s work to preserve, protect, and provide access to the Santa Monica Mountains. Just select the button below.

At the present moment, TCA has had to cancel events and hikes.  But we continue working and preparing for the time when we can continue our public events as we do miss being together.  We invite our community to support TCA with your membership, renewal, or contribution.  Your support of our website, participation on the Board of the Pacific Palisades Community Council and partnering with CA State Parks is greatly appreciated.  Our annual dues are $20. Please select the button above or visit www.temcanyon.org  and use the DONATE tab at the top. If you prefer to mail a check, use this form and mail to TCA, PO box 1101, Pacific Palisades, CA 90272.  Please include your email address.

Keep on reading to learn more about TCA’s activities and areas of interest this past year including an update on Potrero Canyon Park: 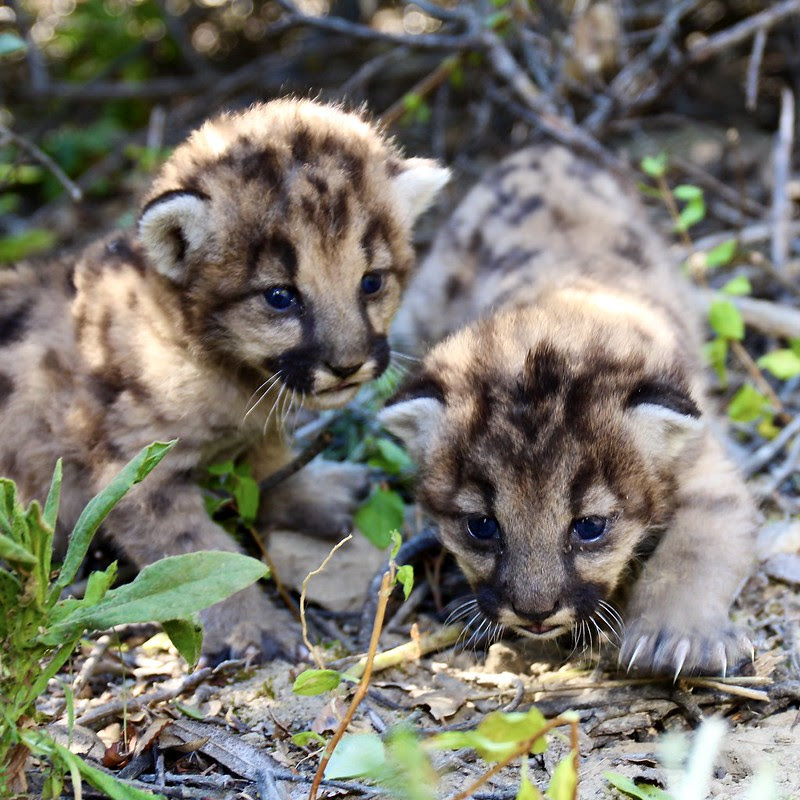 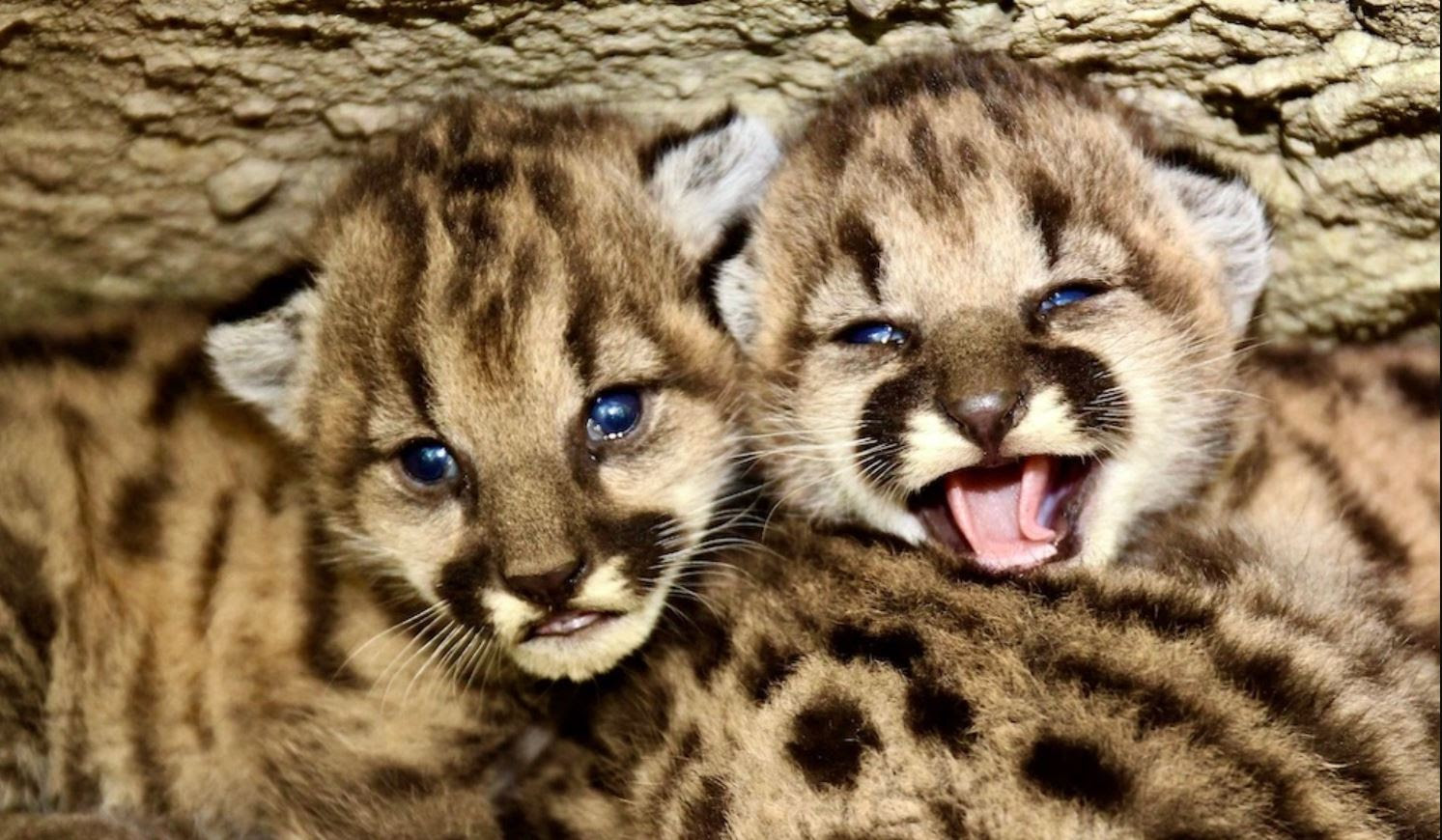 Hope sometimes comes in the form of kittens.  As we all cope with COVID-19, it was uplifting to learn that 13 adorable kittens were born to five mountain lion mothers between May and August. In these difficult circumstances, TCA is continuing its dedication to act as a liaison between the community and various park agencies and to advocate for preservation of open space in the Santa Monica Mountains.

Even though TCA has had to cancel its famous hikes until they can be led safely, the TCA Board is continuing its work representing our community.  We would like to share some of those highlights with you.

GOOD NEWS!: AB 1788
On September 29, 2020, Governor Gavin Newsom signed AB 1788, which had been supported by the State Senate vote of 23-7 on August 31.  Authored by Assemblyman Richard Bloom, AB 1788 prohibits most uses of second-generation anticoagulant rodenticides.  It faced opposition by pest control groups.  When it goes into effect on January 1, 2021, wildlife, pets, and even children are one step closer to safety.

The framed info below is from the PoisonFreeMalibu.org website: 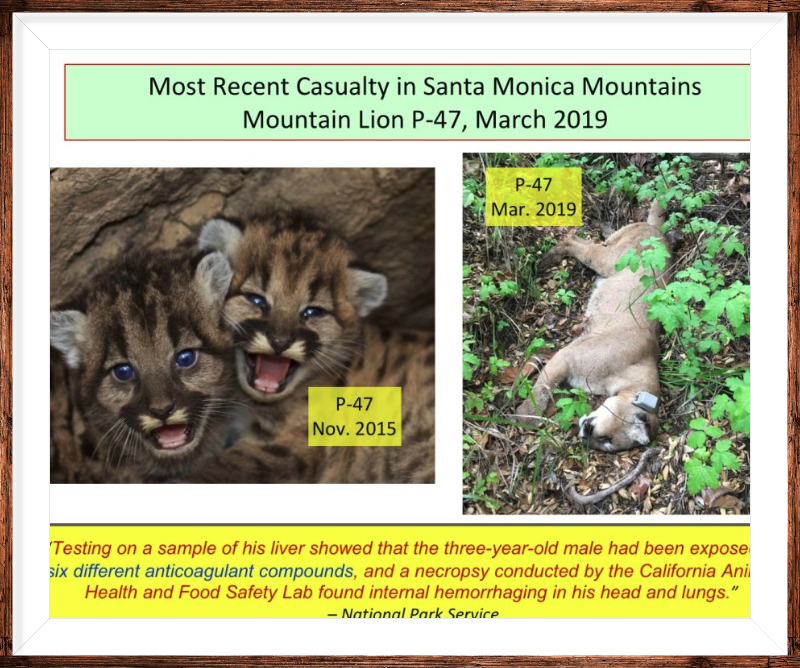 Toxic rat poisons that contain anticoagulant rodenticides kill rats and then move on up the food chain. Pesticides containing brodifacoum, bromadiolone, difenacoum, or difethialone act as secondary poisoning when rats are consumed by predators.Mountain lions, bobcats, coyotes and even pet dogs have become victims of this poison.  A high percentage of animals have tested positive for rodenticide exposure.  Photos of mountain lion P-53 suffering from rodenticide-related mange appeared in local news reports.  At least two mountain lions have bled to death after consuming poisoned animals.   Visit www.poisonfreemalibu.org for poison free solutions and other information. 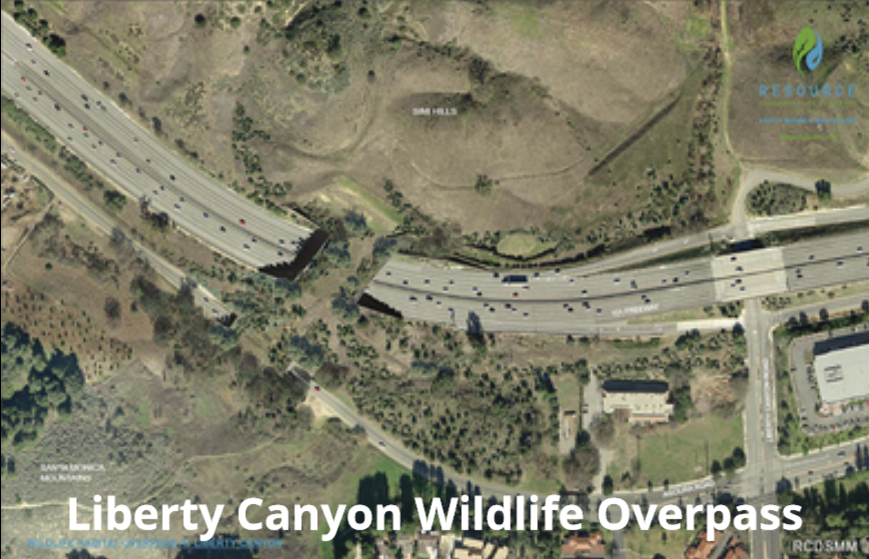 WILDLIFE CROSSING
The proposed wildlife bridge that would cross the 101 Freeway in Agoura Hills will allow all animals to cross into new territory, thus allowing interaction and reduce inbreeding.  Defects and deformities are already being found in pumas in the Santa Monica Mountains because the gene pool is not being diversified. Crossing the freeway is often deadly to mountain lions. Years of research and fundraising have culminated in the final phase of the wildlife crossing at Liberty Canyon. The National Wildlife Federation and https://savelacougars,org have raised funds with the majority of the estimated $87 million expected to come from private and corporate donors. Open spaces in the Santa Monica Mountains and the habitats in the Los Padres National Forest will be reconnected with the crossing of mountain lions, deer, and bears. TCA supports the Liberty Wildlife Crossing to keep our wildlife diversified and thriving. If all goes well, construction of the Wildlife Crossing will begin in late 2021. 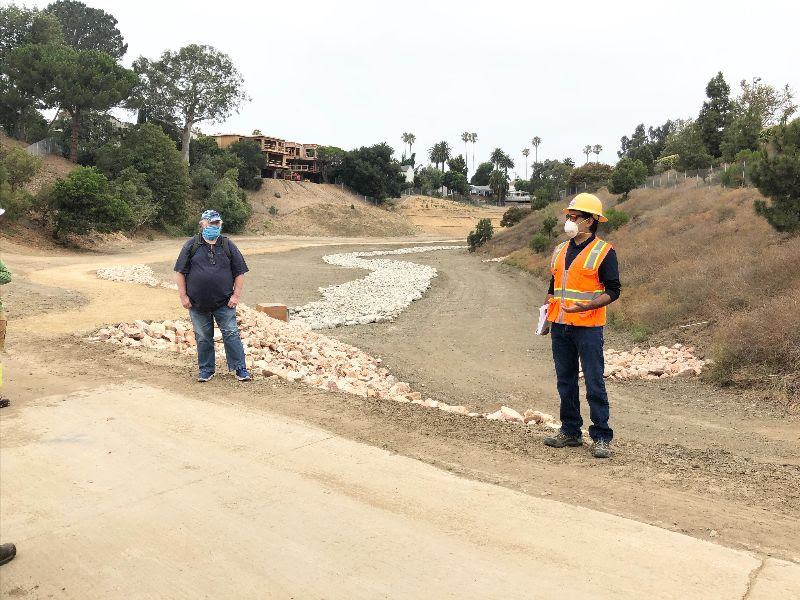 Potrero Canyon Park, July 2020 – Grading Completed!
POTRERO CANYON UPDATE:A message from our president, Gil Dembo
Gil reports that Potrero Canyon Park is moving along. All the earthwork has been completed. The next phase will be the installation of the landscaping including several riparian habitats.  The request for bids will go out in early 2021 covering the fine grading, pathways, and restrooms.  Once the contractor for landscaping has been selected, the planting will take about one year. (FYI, there will be a 4 foot wire fence around the perimeter with gaps for small animal access.)

The Potrero Canyon Community Advisory Committee is working with all government agencies involved in order to build a bridge across PCH from the beach parking lot to the Park, thereby creating a pedestrian path into the Park. This bridge will enable the public to park at the beach and walk safely across the highway. Hopefully, it will relieve parking at the Palisades Recreation Center.

The Los Angeles City Bureau of Engineers has a preliminary design for the bridge which has an estimated cost of $11.M.  There are many governmental agencies involved and, if everything goes smoothly, the bridge could be completed within 2 years of final approval.

The naming of the park to “George Wolfberg Park at Potrero Canyon Park” is on the RAP Board of Commissioners agenda for their December meeting.

TCA CANNOT WAIT TO SEE THE PARK COMPLETED AFTER SO MANY YEARS! 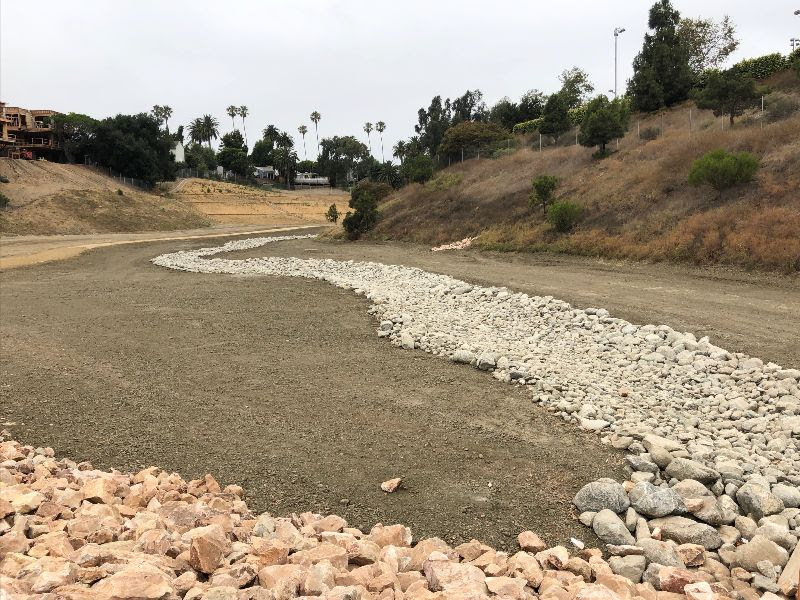 Potrero Canyon Park, July 2020. Rocks delineate water-feature/riparian areas.
Please consider supporting us if you can. TCA is a tax-exempt 501c3 non-profit organization.  Our volunteers need your support to sustain the quality of service that TCA has been providing since 1972.   We thank you! 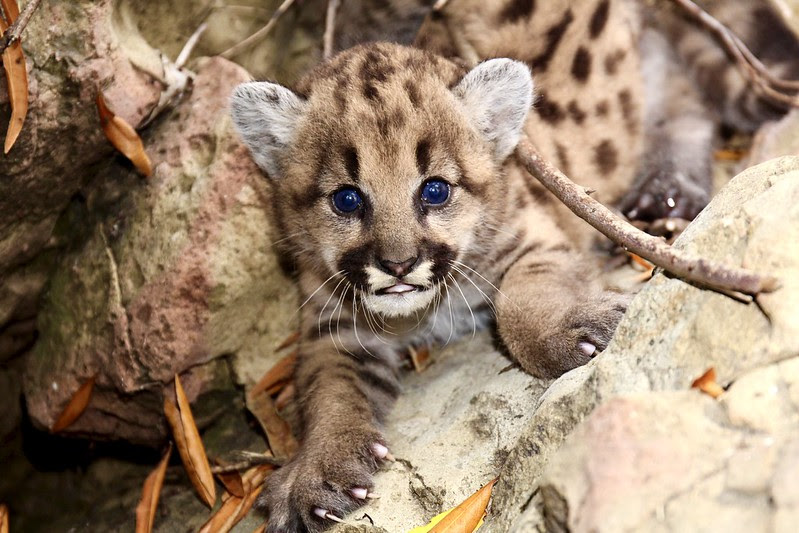 How do we remember our friend, Maria?
Is it her many years of service on the TCA Board?
Is it her dedication and hard work on the restoration of Los Leones Gateway Park?
Is it her friendliness and willingness to work hard to maintain trails and lead hikes in our mountains?
Is it her pride in her Italian heritage and her family?
Is it her volunteerism?
Is it her little acts of kindness towards others?
Is it her independent spirit?
Is it her being one of our strongest Glamazons?
We think it is all this and more. But, overall, we remember her warm voice and bright smile as she greeted everyone. She is in the sunshine of our days.

Joseph T. Edmiston, Pacific Palisades resident and Executive Director of the Santa Monica Mountains Conservancy, discusses how SMMC (smmc.ca.gov) works to preserve parkland and wilderness areas while making them accessible to the general public through partnerships, including the Temescal Canyon Association.

View photos and hear the story of the Malibu Lagoon restoration and wildlife passage projects. Architect Clark Stevens is designing the wildlife corridor over the 101 Freeway at Liberty Canyon (savelacougars.org). See how this overpass is progressing through the
third of four phases of fundraising for the final design and engineering to be completed and how you can help.

“To Whom it May Concern,
Contrary to the what is being purported in an email sent out on Friday November 15th, State Parks is not interested nor considering releasing the any part of Topanga State Park including any portion of Los Liones. Certainly you have the right to distribute and ask for signatures to petitions, but please do not include the above part as it may be confusing and disruptive to the process you seek.

If you have any questions please do not hesitate to contact me,
Craig Sap
Angeles District Superintendent for State Parks”

Almost 20 years ago, on January 10, 1994, over 150 people heard the California State Park and Recreation Commission vote 7-2 to retain lower Los Liones Canyon as public parkland and not allow it to be sold to a private developer. As reported by the Outlook Mail on January 19, 1994, Commissioner Nathan Rangel made the motion, which mandated that “the parcel remain in public domain and be used only for public purposes.” The motion was amended to “specifically exclude it from any future deliberations.”

The Temescal Canyon Association, environmentalists, parks employees and neighbors opposed placing Los Liones Canyon in private hands. After the California Park and Recreation Commission decision, TCA became the lead organization, working with State Parks, volunteers, and community organizations, to restore the neglected Los Liones Canyon to parkland. Using a $350,000 Department of Transportation matching grant, volunteers removed over 250 tons of tile, metal, concrete, wiring, and non-native plants, mostly by hand. Bridges were built and an entrance sign installed. The rocks at the base of the entrance sign bear the hidden signatures of those who fought for this park. Approximately 300 trees and 500 shrubs were planted, watered, and cared for. Dubbed “the Glamazons” a group of women TCA members dragged hoses, weeded, cut brush, picked up trash, and removed non-natives. Almost 20 years later, some of them continue donating sweat equity to their public park.

Through the last 20 years, Los Liones Gateway Park has been threatened by several proposals for privatization, but they have failed. The most recent is the DWP inclusion of lower Los Liones Gateway Park on its list of properties to be investigated for a distribution station and a concerted effort by a Marquez group to try to convince DWP to place its distribution station in the State Park rather than on the property it owns in the Marquez area.

As Superintendent Craig Sap firmly stated, “. . .State Parks is not interested nor considering releasing the any part of Topanga State Park including any portion of Los Liones.” The Temescal Canyon Association supports State Parks.

Sign up for our newsletter to keep in touch with TCA!